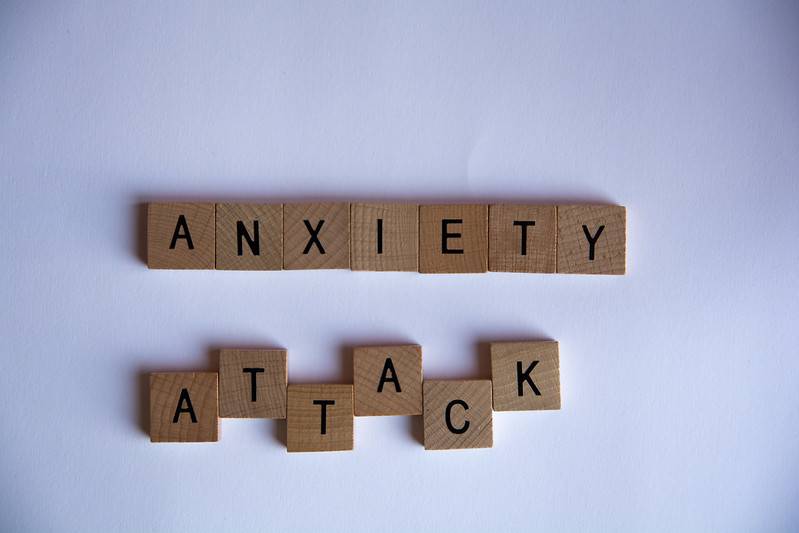 Have you ever heard someone say, “Life was so much simpler then?” Every generation makes the same claim about the generation before them. “Back in my grandpa’s day, men went to work, children went to school, and women kept the house. It was all so easy then. People didn’t have as much stress and anxiety as they do now.”

There were other names for anxiety, but it existed. People have suffered from anxiety since Adam and Eve ate the forbidden fruit in the garden of Eden. Fear, or anxiety disorders, have evolved with humans through the ages, and treatment has differed depending on the attributed cause.

Anxiety disorder is different from the anxiety you get when you are about to take a test, run a race, or meet someone new.  It isn’t generational or determined by how complicated life is.

If you suffer from an anxiety disorder, life can be rainbows and unicorns in a purple sky, yet you feel your heart racing. It’s frustrating and often embarrassing, and it shows up when it wants to. Why?

Anxiety was essential when we hunted giant woolly mammoths. It kept us safe. It taught us when to fight a threat and when it was better to high tail it back to safer ground. It’s how we stayed alive.

And though we don’t hunt woolly mammoths anymore, we still have bouts of anxiety when we feel threatened. Though, some of us suffer from anxiety regardless of whether or not a threat exists. We feel panic or constant worry every day, all day for no apparent reason.

Our body stands ready to fight or run away when there is no threat. This type of anxiety is a disorder, a very treatable disorder. Successful treatment is a 20th century success. Historically, treatment for anxiety was quite extreme, as were its causes.

Caused by the Uterus? History of Anxiety

Centuries ago, in Greece, people thought anxiety only affected women. They believed the uterus caused the anxiety and roamed around the body, causing disease, blocking passages and obstructing breathing.

As time went on, the cause of anxiety transcended into a much unhealthier version of why women suffered from anxiety. They were witches. Witch hunts were commonplace, and if you were found guilty, you were burned at the stake, tortured or executed. It was best to keep quiet about anxiety symptoms without a specific cause.

Later, during the Victorian era, women were often cooped up inside the house with no job or other outside stimulus. For many women, this isolation led to panic attacks. If a woman panicked too often, her husband or family took her to the local insane asylum for electroshock therapy. Yet another reason to hide anxiety from people.

It wasn’t until the Civil War that people began to realize anxiety wasn’t just a woman’s curse. Men suffered from anxiety as well, and the treatment became much more humane. Opium seemed to provide the answer and was much less painful than shock therapy.  Unaware of the potential for opioid addiction, it became the treatment of choice, and it worked very well to reduce panic attacks.

The 20th century saw yet another change in the treatment of anxiety, though it still wasn’t called anxiety. Opium’s harmful side effects were exposed, and the cure for anxiety changed yet again. Sedation calmed the nerves and eliminated frequent attacks. Likely because people were seldom awake to have an anxiety attack. If you happened to live in Russia, sterilization was also used to ensure you wouldn’t pass the illness to the next generation.

Most of the techniques we use to treat anxiety today were developed after the 1950s. Muscle relaxation, deep breathing and fear exposure therapy were standard solutions. Scientists thought that by repeatedly scaring someone half to death, they could desensitize a person to fear. If you stopped the fear you could control the anxiety.  This tactic was abandoned sometime in the 1906’s.

We Figured it Out

Finally, in the late 1960s, as doctors learned more about treating depression, they discovered that antidepressants could be an effective treatment for anxiety.

In 1968 the second edition of the Diagnostic and Statistical Manual of Mental Disorders (DSM-ll) was published by the American Psychiatric Association. At that time, anxiety was lumped under social phobia, which was separate from the other phobias like fear of heights or spiders.

From 1968 to 1980, treatment for anxiety remained status quo. It wasn’t until the mid-1980’s that the term “anxiety disorder” made its way into the DSM-lll. Research continued into the causes of depression and anxiety, and in 1990 scientists discovered that people who suffered from depression and anxiety suffered from depleted numbers of the neurotransmitters dopamine and serotonin.

Today there are many treatments available for anxiety, and often people use more than one to alleviate the symptoms. For example, your doctor may prescribe Zoloft to help with the physical symptoms and recommend talk therapy with a counselor to identify troubled thinking patterns.

You are Not Alone

Anxiety disorders are the most common mental illness in the USA, and over 40 million adults are affected by them. Women are 2x more likely to suffer from anxiety than men, followed by teenagers.

If you are suffering from anxiety, getting help can mean the difference between feeling trapped and feeling free. There are many solutions available that do not involve shock therapy. We can help. Get solutions today.

During Covid 19 crisis, please know you are not alone. We are still open for virtual counseling services. If you need support, please reach out here.

“Though good advice lies deep within the heart, a person of understanding draws it out.” -Proverbs 20:5